Adult Animations have gained a huge liking in the past year. They’ve become a huge part of pop culture and are very different from other shows on television. With that being said here are my top 3 adult cartoons. 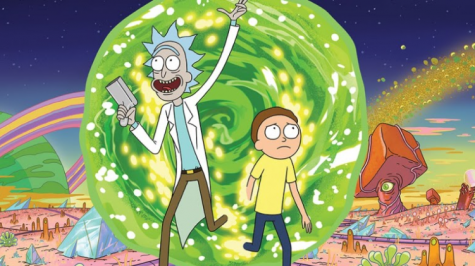 Number one on my list definitely has to be Rick and Morty. The series follows a scientist named Rick and his grandson Morty. They often get themselves into situations and it creates an outstanding plot.

The show alternates between a normal lifestyle and interdimensional space travel. They go on many adventures together and get into many different situations, good and bad. They most often are fighting or going to other planets to complete missions or steal something that would be important to Rick’s research.

The story of Rick and Morty is really out of the ordinary compared to other cartoons or adult cartoons. Often cartoons don’t seem to follow a story timeline. This show has a very strong and a very complex plot and really if you don’t pay attention for just a minute, you might miss something that would be very important later on in the show

It has such a complex plot that often fans make so many theories of the show of what ,ight happen next. The producers of the show have even said that they have seen one fan theory and it was quite spot on. They won’t specify who’s theory it is but this fan was said to have really paid attention to the crazy amount of detail in Rick and Morty

This show is honestly really amazing and has the most diverse scenery I’ve ever seen in an adult cartoon, or any cartoon at that.

It really has its own special feel that almost anyone would love to follow as the show continues. I would recommend this show for anyone. The jokes are not as insensitive as most but the producers have said “We aren’t trying to offend anyone, but we aren’t not trying to offend anyone either”. Some jokes may be a little much, if you don’t like that I would not recommend it, but Rick and Morty is honestly very different from other adult animations. 100% a should watch. 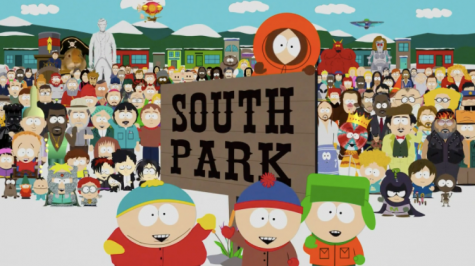 Up next on the list for number two, South Park takes the spot. South Park takes place in a fictional town in the state of colorado. The show primarily follows the adventures of four boys Eric Cartman, Stanley Marsh, Kyle Broflovski, and Kenneth (Kenny) McCormick.

Often the show takes a small situation or controversial topics and pokes fun at them. The town of South Park often overreacts over these situations and creates a hilarious plot out of it. They often do mini series within the show and run them through several episodes, however after that the show does not seem to follow an exact storyline.

This show is really different from other shows as well. Often there’s a lot of dark humor pointed at, well, pretty much everyone and every type of people have been made fun of on South Park. They purposely find the most offensive jokes to make and make them into a whole plot often.

People have often tried canceling the show and talked about it so negatively. Although it seems as if they’re uncancleable. I mean how could you really cancel something that seems to hate on literally everything and everyone? Them not caring and continuing what they’re doing is really why the show stays a hit as shows with dark humor are not as common now do to modern insensitivities.

Real world problems are as well often brought up into this with things such as Abortion, BLM, homless population, the wars in the middle east, and basically every other problem with our world. This is another reason why this show is often talked so down upon.

I would definitely recommend this show as it is straight up hilarious. It’s very insensitive and very offensive to some so if you do not like this humor, I do not recommend watching this show whatsoever. It’s an amazing show to watch with friends and just hangout and I would recommend this cartoon anyday for someone that can handle it. 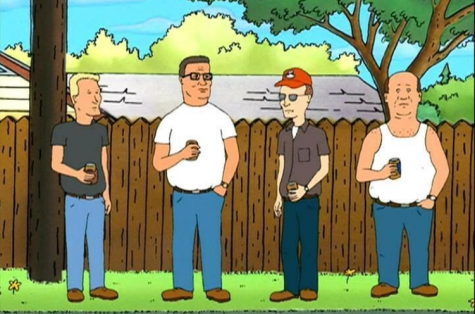 Number three on my list would have to be King of the Hill. King of the Hill takes place in Arlen Texas. The show presents the day to day lives of the Hill family. They’re supposed to seem like the most american a family can be.

The Show is really funny because it seems so subtle with all the jokes. It often shows real life problems within the show and still manages to keep an amazing plot while being entertaining and funny as well. It feels as if it knows how many families in the early 2000s worked and some things can feel very similar to personal situations.

Hank’s family is often getting into little situations which he has to handle and his thoughts and views often get the best of him. He has more of an older traditional way of thinking and the show definitely has a focus point on that.

The way the characters react to everything and the way their personalities reflect upon each other makes the show very pleasing as everything they do seems casual and visually pleasing. They seem just like every other average family as their problems are often having to do with personal situations between them and they’re handled in such a way that feels normal.

I would recommend this show to really almost anyone. The show is not very dark and has a somewhat mature view of adult comedy. It’s a really great show to watch with really anybody as the jokes are not often insensitive and gives a relatable feeling.