We Are More Than Our Race 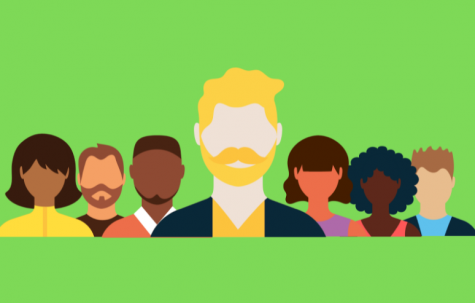 It’s no shock people are treated differently based on the color of their skin, or what many call race. Hierarchies have been formed on the basis of race which caused society to fall into a system of oppression, discrimination, and racism. (Graphic by Cierra Pringle)

Race plays a big role in how different people are treated. Race is a huge determining factor in the kinds of experiences people will face throughout their lives.

The concept of race is defined as the idea that humans are divided into groups based on behavioral and physical characteristics. This idea has long been evolving. There are many notions of what race is today, with some people using the term to group people of a certain descent while others may use it to apply to linguistic groups. Even though race has many conceptions, all of those conceptions are used in a similar way.

Someone’s race is probably one of the first things noticed upon seeing them. It has been common knowledge that race has some sort of correlation to behavior which creates stereotypes that ultimately affect how people treat others of another race. LAUSD senior Anonymous, who wants her identity hidden for personal reasons, has many experiences of being stereotyped due to her race.

“Being a black girl, it changed how so many people perceived me,” Anonymous said. “This hurt me in a lot of ways because for black girls, society puts two stereotypes on us. If we express how we feel, or speak in AAVE (African-American Vernacular English), we are the angry Black woman and are seen as ‘ghetto’ or a ‘hot Cheeto girl.’ Or, if you are shy, don’t fit the loud stereotype, or speak a certain way, we are seen as the whitewashed Black girl.”

It has been clear that racial stereotypes do more harm than good to those who are targeted by them. Stereotypes lead to misconceptions about people of certain racial groups. Assumptions are made without research and personal experience.

“[There are] many misconceptions in almost every race,” Anonymous explained. “In my high school, I had some Asian friends and I witnessed the misconceptions they face as well, which mainly had to do with the typical smart Asian stereotype…The standards on Asian students is dehumanizing because everyone expects these kids to always be at the top of their class and go to the top universities.”

There is a lot of pressure that comes with racial stereotypes, Even though in some cases stereotypes hold true, they can be a danger to those who feel obligated to fall into them. Feeling the need to fall into the description of a stereotype can do damage to one’s mental, physical, emotional, and social well-being.

Having to experience this at a young age is especially detrimental. Stereotypes lead to a lack of accurate representation of the complexity of different races. This causes people to believe that everyone in a racial group is the same or should be the same.

“Growing up as a young Black girl in [this] society, I witnessed a lot of colorism and texturism (the idea that looser hair textures are more desirable),” Anonymous expressed. “I never saw brown skin or dark skin girls in the media. I also never saw Black women with type 4b or 4c hair. I always saw the same girls…It always made me feel ugly and that because I was a brown skin Black girl with 4c hair, I would never fit the western beauty standards, therefore I would never be seen as attractive or beautiful.”

Anonymous has been embarking on a journey to find self-love for her race and features. Seeing a lack of proper representation go women and girls that look like her has caused lots of self-loathing. This is what a lot of other people of color experience as well.

There are many changes to be made for everyone of all races to feel included and wanted. It’s important to listen to the experiences of people of color and those who are mistreated due to their race. Once people can change their perceptions of race and the stereotypes associated with it, people can live more freely and comfortably.

“As a society, we need to stop associating stereotypes with different people of different races,” Anonymous said. “The moment the world gets rid of the anti-blackness and starts treating Black people and other people of color as human beings, then society could start making progress.”