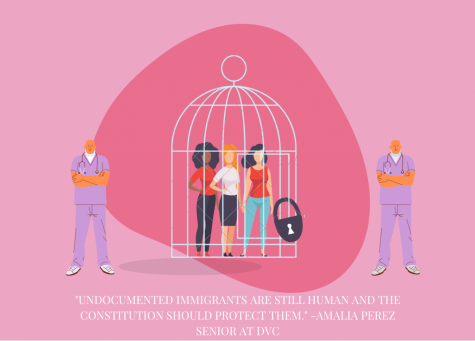 U.S. Immigration and Customs Enforcement are facing serious allegations that undocumented women who were obtained in their facilities underwent unwanted and unnecessary hysterectomies procedures.

On September 14, the allegations were submitted by whistleblower and nurse Dawn Wooten, who cited concerns about a questionable large number of hysterectomies performed on undocumented women detained in Irwin County Detention Center in Georgia.

A hysterectomy is a procedure that removes the uterus– or the womb –from a woman’s body. The women were receiving hysterectomies without being informed of the reason for the procedure in a language they understood.

“I had several detained women on numerous occasions that would come to me and say, ‘Ms. Wooten, I had a hysterectomy. Why?’” Wooten told MSNBC after filing the complaint. “I had no answers as to why they had those procedures.”

Since these allegations were made, many women have come forward to tell their stories about the procedures that have been done to them. One former detainee, Pauline Binam, asked to see a doctor when she was having abnormalities with her period. Binam’s lawyer said that the doctors told her she had a cyst in her ovary and needed a dilation and curettage procedure, so she agreed. When she awoke from the surgery, her fallopian tubes were gone, they had been removed without her consent. As a result, this unwanted procedure conducted on Binam meant she could no longer conceive a child naturally.

“When she first learned about it, the way that she described it to me is that she was sitting in this wheelchair postoperative and the doctor’s telling her that she may not be able to conceive children in the future and it was very upsetting for her,” says Binam’s immigration attorney, Vân Huynh, when interviewed by the guardian. “She was sobbing in this wheelchair, not understanding why this was happening.”

In a similar scenario, a detained woman said that a young woman needed her left ovary removed due to a cyst, but the gynecologist removed the wrong ovary (the right ovary); thus, leading to the removal of both ovaries and a total hysterectomy. “She still wanted children — so she has to go back home now and tell her husband that she can’t bear kids,” Wooten said.

“I strongly feel that more people need to be educated on the topic and we need to raise awareness because I feel that it is not as openly discussed and the problem is only continuing to get worse,” claims Ayana Alvarado, a junior at DVC.

Members of Congress have called for investigations into the allegations

173 members of Congress urged the Department of Homeland security office of Inspector General to open a separate investigation into the allegations.

“The reports of mass hysterectomies cause grave concern for the violation of the bodily autonomy and reproductive rights of detained people,” they wrote in a letter. “Everyone, regardless of their immigration status, their language, or their incarceration deserve to control their own reproductive choices, and make informed choices about their bodies.”

In another statement, House of Representatives Speaker Nancy Pelosi demanded DHS look into the whistleblower allegations.

“If true, the appalling conditions described in the whistleblower complaint – including allegations of mass hysterectomies being performed on vulnerable immigrant women – are a staggering abuse of human rights,” Pelosi said. “The DHS Inspector General must immediately investigate the allegations detailed in this complaint.”

Representatives Bennie Thompson, chair of the House Committee on Homeland Security, said in a statement that the committee would look into the allegation in the complaint due to the alarming pattern of “unsafe conditions” and the “lack of oversight” at ICE detention facilities run by private contractors.

“The complaint alleging hysterectomies have been performed on women held in detention without consent is incredibly disturbing,” Thompson said in a statement.

Representative Pramilia Joyapal, the vice-chair of the House immigration subcommittee, expressed her knowledge on the subject. She said she had been briefed by three attorneys representing detainees at the facility in Irwin. She said there was a minimum of 17 or 18 women who were subjected to unnecessary and unconsented gynecology procedures. She believes that the procedures were done, “with the clear intention of sterilization”.

Coercive sterilizations have long raised concerns in the U.S.

This is not the first time allegations about eugenics have raised concerns about human rights in America’s history. During the 20th century, as many as 70,000 Americans were forcibly sterilized when the U.S. Supreme Court decided to uphold a state’s right to forcibly sterilize a person considered “unfit” to reproduce. This law sought to “breed out” traits that were considered undesirable.

According to NPR, “The victims of state-mandated sterilization included people who had been labeled “mentally deficient,” as well as those who were deaf, blind and diseased. Minorities, poor people and “promiscuous” women were often targeted.”

Forceful sterilization began as an assault on people with disabilities and mental health issues. However, during Jim Crow America, xenophobia emerged, and eugenics targeted race. In the 60s and 70s, tens of thousands of women of color were sterilized due to racism, anti-immigration sentiment, and an increase in federal funding for reproductive health procedures.

Regardless of having been since made illegal, eugenics has continued in recent history. Alexandra Minna Stern is a professor of American Culture, History, and Women’s Studies at the University of Michigan. According to Minna Stern, “in the years between 1997 and 2010, unwanted sterilizations were performed on approximately 1,400 women in California prisons.” and “In the 1960s and 70s, more than 100,000 Black, Latino, and Indigenous women were victims of forced or coerced sterilization.”

Professor Stern believes that these allegations are “not a coincidence”, rather that it is being allowed under the Trump administration. She claims that detention centers build “the perfect storm of conditions for sterilization abuse.”

“Most of the policies he has put into place the last 4 years have only made things worse for people who have been discriminated against in the past and have made racism in this country worse,” Amalia Perez, a women’s activist and political activist attending DVC as a senior stated. “I really hope this would not happen if there was another president in charge but, to be honest, these horrible things won’t stop happening until ICE is abolished.”

These procedures were not made with full consent since the women did not understand or comprehend. These stories, allegations, and statistics are just a fraction of the ugly history of eugenics and coercive sterilizations of vulnerable women in the United States.

“These stories and stats are… part of the legacy of white supremacy, and it needs to stop in 2020,” says Heather Marcoux, a writer for Motherly News.