The Last Dance: A Documentary Worth Living For 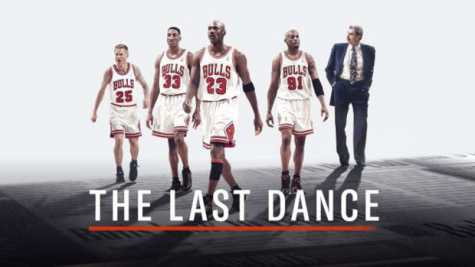 The Last Dance invites you into the world of Michael Jordan to observe how he coped with the many challenges he faced throughout his career in professional basketball. With the current quarantine situation that is occurring in the world right now, the timing was right for this intriguing documentary.

After watching this documentary it is understandable why the director of this film, Jason Hehir, has received massive praise for his work. Jason Hehir obtained the ability to encourage Michael Jordan to open up about his career throughout the film. It was astonishing that Hehir was able to gain enough trust from Jordan, enough for him to open up about things that he never discussed before.

The Last Dance doesn’t necessarily take you through Jordan’s career in chronological order. Instead, it is more so a mixed coverage of his personal life along with his teammates and coaches in a “back and forth” context. Instead of stating what happened first, second, and so on, this film highlighted moments of his career such as his first game, how the brand Air Jordan came to be, rivalry with other players, and more.

Although the documentary was focused on Michael Jordan, there were certain episodes dedicated to the other superstars on the team. This was a great incorporation because it allowed the audience to better understand Jordan’s environment while he was on and off the court. It gave a different perspective on Jordan’s story through the eyes of others.

The different angles on this incredible story of Jordan drew in basketball phenoms’ attention. It covered his challenges which included balancing his personal life with basketball, heart-breaking injuries within the team, what his teammates were going through, and more. How he handled the media and press throughout the film helped viewers realize how important it is to keep self-confidence and block out anything that will bring them down as a person.

A great number of interviews also incorporated into this film helped illustrate the history of the Chicago Bulls. These interviews were effective due to the fact that almost all of the interviewees were either Jordan’s teammates, coaches, rival players, and/or basketball phenoms who studied his every move back then. This was first-hand information that these interviewees were sharing with the audience in order to demonstrate the complete picture.

The lighting, video quality, and choice of clips really set the tone for what a great documentary should look like. The composition of the storyline had its own creative approach on how to tell a good feature story. Alongside the actual filming of the documentary, the music choice fits its theme depending on the situation that was happening. Some examples of such music choices were demonstrated through suspenseful backdrops during the challenging moments and cheerful during the happy moments.

The ‘behind the scene’ footage throughout this film allowed the audience to really understand Jordan on a personal level. These were clips no one has ever seen before and were preserved for a moment like this where everyone can experience it at the same given time.

The final moments of this documentary were one to remember. This film was topped off with Michael Jordan’s most famous “Last Shot” against the Utah Jazz to secure his final NBA Title of his career. The angles of the shot really brought it to life and it showed that this event was much more than basketball, it put Jordan’s life together and reflected the amount of hard work he put in to become the greatest player of all time.

Although some people argue that this film did not tell the full story and ignored some of the negatives Michael Jordan had brought into his career, this documentary has proven to be one of the best sports documentaries ever created. With that being said, this film put a smile on many people’s faces and had noses touching the screen to learn more about the life of an NBA legend.