Is Dance a Sport? 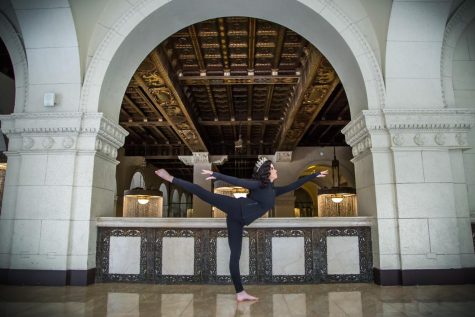 I’ve been dancing since I can remember; dance has been the only sport I’ve ever been a part of. When I was in elementary school, others would ask “what sport do you play?.” I would say dance and get a weird look or “dance is not a sport” in responses.

Many would disagree with the idea of dance being classified as a sport because of its artistic aspect. Although, the definition of sport according to Oxford Dictionary is “an activity involving physical exertion and skill in which an individual or team competes against another or others for entertainment.”

Dance is an activity that involves skill, physical exertion, is a very competitive industry, and is entertaining. We might not see dance at the Olympics, however, it’s still showcased in ice dancing and other sports that involve minimal dancing. Although in June of 2019, according to NBC Sports, the IOC announced that breaking will be a part of the 2024 Olympics games.

Dance has similar if not the same elements to well-known sports. Dance requires several hours of training per week and many years of practice to reach a professional position. Dancers need to maintain strong core muscles for turning. Leg muscles for leg extensions and leaps, etc. Dancers need great flexibility, agility, and technique.

Dance is very competitive; it has its own nationals as well as other common sports. NFL football players practice ballet to improve their balance, speed, and stretches, like Steve McLendon from the Steelers. McLendon has stated, “It’s harder than anything else I do,” meaning ballet works the body mentally and physically as any other sport.

Dancers are able to express their emotions with movement. Also, dance has not been part of the Olympic games for years. Dancers can dance to the same song and have two completely different themes/stories to their dancing.

Dancer Jaylen Flores from DVS stated, “Being a competitive dancer for 14 years, I know for a fact dance requires a lot of skill and… [is] a very popular form of entertainment.”

“I do believe dance is a sport because it demands discipline and sacrifice. Like any sport, it’s not easy. It takes years of training, which is not an easy process that takes determination, drive, and lots of hard work,” said Amanda Walker, 9th grader at DVD and has been dancing for four years.