‘Gentefied’ Review: They Have 99 Problems and Can’t Escape One 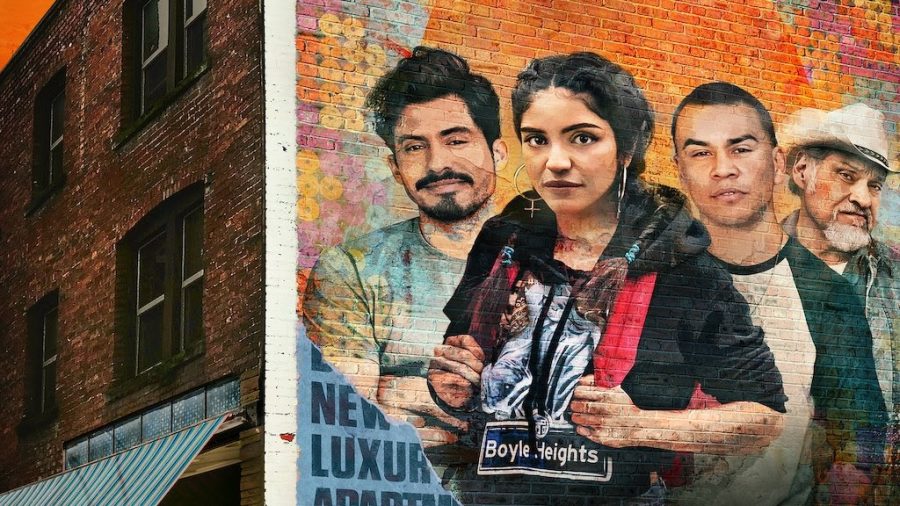 Netflix recently released an original show called Gentefied. Not only does this show scream bad luck but it also gives a pretty intimate look at the Morales family. The Morales family lives and runs a family restaurant in Boyle Heights. They are also seen in their highs and lows while giving an intimate look in their personal struggles.

As the Morales family struggles to pay the rent for their restaurant their lives begin to go downhill. After not paying rent for almost three months, the family has to resort to another option, gentrifying their restaurant. As tourism invades Boyle Heights other families begin to feel the repercussions.

While some try to protest the Morales’s restaurant, they are not fazed and decided to use the protesters as some marketing scheme. As the viewer, you begin to feel frustration against the Morales family yet the idea of “fake it till you make it” begins to circle your mind.  As this ideology plagues your mind you begin to understand why the Moraleses took such extreme measures in order to become financially stable.

In the series, characters Ana Morales (Karrie Martin), an aspiring artist and Yesskia Castillo (Julissa Calderon), a human activist and real estate agent, are in a lesbian relationship. Yet when Anna decides to paint a mural of two men kissing, next to a liquor store, her community decides to boycott the liquor store and attack Ana for bringing “unholy” images to Boyle Heights.

As her girlfriend Yessika tries to support her for spreading awareness of the LGBTQ community, she can’t bear to understand why the community and the liquor store owner is so outraged. But when Yessika finds out that Ana hadn’t received the blessing of the owner to paint her mural she decides to leave Ana. As Ana struggles with accepting her decision the Boyle Heights community finally decides to support Ana and begin to show their appreciation for her beautiful mural.

As the world seems to never end, Pops, Ana’s grandfather, had been thrown into jail for trespassing and peeing on an apartment complex. While Pops is stopped by the police, the viewers are reminded that he does not have legal papers. Therefore, the thought of deportation is now in everyone’s mind. Throughout this series, the viewer shares a bond with the characters due to the cinematography and the storyline being so intimidating.

As this series continues to express the social issues that are currently happening in society, the viewers begin to understand key takeaways that the show is trying to push out. For example, gentrification not only affects the gentrifier but it also affects the entire community surrounding them.

Once Pops is deported, many realize what the fear of undocumented Hispanic families go through. Throughout this series, Pops has always been the life of the party yet seeing panic and terror in his face the viewers know something is going on. The creators do an amazing job of displaying emotion of how undocumented immigrants have to hide from the police in every occasion.

Not only does this show tackle many social issues but they also add an in-depth perspective of background characters and their own daily struggle. For example, in Episode eight, titled “Women’s Work,” Beatriz (Laura Patalano) is shown working tremendous hours with no break.

Working in unhealthy conditions, many workers want to create a union yet since many of the workers don’t have legal papers, including Beatriz, decide to stick with it. Watching the excessive work that these women partake, the show emphasizes the reality of undocumented workers having to work in unhealthy conditions just to make a sustainable living.

Gentefied tackles the social problems that other TVshows decide to cover up. This show is more than a gentrification story, it’s a story of loving the worst situations while staying close to family. Creators Linda Yvette Chavez and Marvin Lemus do an amazing job of representing the Hispanic community and the Latinx community. While nailing the role perfectly with an all Hispanic cast, this show also nails all of my expectations. Finally, giving the Morales family time to relax and unwind I can say that Gentefied is a must watch show for anyone seeking a series filled with a love-binding family.